Empire of the Sun-Article by Laura Bordignon

EMPIRE OF THE SUN.

The Japanese themselves call their country Nihon or Nippon, which literally means 'origin of the sun'.
It is believed that Marco Polo (1254-1324) the famous merchant explorer from the Venetian Republic, was the first to introduce a word for Japan
-Cipangu (from the Chinese Ri-ben-guo) to Europeans in his book 'Il Milione'. After his return from his travels in China as an ambassador to the
powerful Kublai Khan, a war broke out between Venice and Genoa in 1298.
During intense fighting on board his ship on the Adriatic Sea, Marco Polo was captured and imprisoned for a year in a Genoese cell with the
Tuscan journalist Rustico da Pisa. It was here that he dictated his memoirs describing how the Great Khan tried to conquer Cipangu with two
failed missions in 1274 and 1281. In 1307 Marco Polo gave a copy of his book to the French ambassador in Venice to forward to Charles of Valois,
the son of King Philip III of France and Queen Isabella of Aragon. Il Milione was extremely popular and widely read, thereby spreading the use of
the name Cipangu. However some scholars believe that the word 'Japan' came to the West via the early trading routes and Portuguese missionaries
in 1577 as the early spelling Giapan.

Photo 1-Cipangu described on one of the first terrestrial globes ever made in 1492 by Martin Behaim.

In 1853 Commodore Matthew C. Perry of the US Navy led his fleet into Yokohama harbour demanding the opening of the trading routes and diplomatic relations with Japan, thus triggering the end of Japan’s policy of seclusion (Sakoku). Until this time foreign trade had been strictly controlled and
limited to the Dutch and Chinese.

In 1854 Perry forced the signing of the Treaty of Kanagawa, which opened the ports of Yokohama and Hakodate to foreign trade.
This treaty led to internal conflicts in Japan that ultimately ended Tokugawa Shogunate feudalism.

In 1868, with the Meiji era (enlightened rule) Japan became the “Great Empire of Japan” (Dai Nippon Teikoku) with the young Emperor Mutsuhito as
its ruler. With the help of ministers and a parliamentary system, he started a programme of radical social and economic reforms incorporating Western methods and technology. This process of modernisation led to the first Domestic Industrial Fair, held in Tokyo in 1877, during which the government
promoted Japanese craftsmen and industrial designers with great success.

The arts were also promoted at the International Exhibitions in Europe and America, gaining recognition by many scholars and collectors in the West for
the excellent Japanese craftsmanship. The Western clientele became fascinated by these objects, starting a craze for Japanese artefacts, alongside an appreciation of Japanese culture. During the mid 19th century and the early part of the 20th century when interest in Japanese art was at its peak, several large private collections were assembled.

Edward Sylvester Morse (1838-1925) a zoologist from Portland, Maine visited Japan in 1877 and stayed 3 years teaching at the Tokyo Imperial University;
he amassed a collection of nearly 5000 pieces of Japanese pottery, now in the Museum of Fine Arts in Boston.

In 1882 William Sturgis Bigelow (1850-1926) an American physician from Boston also travelled to Japan. He remained there for 7 years to study its fascinating culture, and became a connoisseur and collector of Japanese art. In 1911, he donated nearly 25,000 Japanese artefacts to the Museum of Fine Arts in Boston, one of the finest collections in the world.

During the same period in England, art collectors like Sir Merton Russell-Cotes (1835-1921) and his wife Annie Nelson Clark travelled to Japan in 1885 and returned with many fine works of art. They built East Cliffe Hall on the cliffs above Bournemouth beach to house their various art collections which represented the eclectic taste typical of the Victorians. They even added a Japanese-style garden to the house.

Another English businessman, Michael Tomkinson (1841-1921) from Kidderminster, Worcestershire, started a collection of Japanese artefacts in 1878.
He had become very wealthy through the carpet making industry, by buying the UK patent rights for the Axminster spool loom which revolutionised carpet making. He was also Mayor of Kidderminster in 1887 and Sheriff of Nottingham in 1892.

Over the years many objects were loaned to museums and institutions in England for various exhibitions, and Tomkinson also gave many lectures on the Japanese arts. Many foreign dignitaries and royalty, while guests of the Tomkinsons’ admired the beauty and excellent craftsmanship of these objects.

In 1898 a two-volume book was published, A Japanese collection, cataloguing Tomkinson’s entire collection at his manor Franche Hall in Worcestershire.

Over the years the estate was considerably enlarged through the acquisition of several acres of land and with the purchase of the lodge located at the Wolverley end of the estate, this was later turned into a gallery and an observatory.

Annie and Michael Tomkinson also encouraged the cultural exchanges at the Japan Society’s meetings, and Michael’s active role as a council member
greatly contributed to the appreciation of Japanese arts and culture. Following his death in 1921 the collection was sold at auction in London, and the
manor demolished three years later. The Victoria and Albert Museum, the British Museum, and the Ashmolean Museum in Oxford reportedly acquired some pieces from his collection.

Before the Meiji period, Japanese craftsmen had been highly skilled carvers and metalworkers but mainly catering for the ruling class. When Japan opened its doors to foreign trade and with the abolition of the wearing of swords in 1876 (Haitōrei edict) many swordsmiths were forced to adapt production to other markets for their survival. Their main market became the Western collectors, who were soon captivated by these objects starting a fashion for all things coming from the exotic land of the ‘Rising Sun’.

While embracing modernisation, Western clothes replaced the traditional kimono making the netsuke (a small button-like toggle suspended from the kimono’s belt) no longer necessary, although many carvers continued to produce netsuke at the time, they began focusing more on the art form known as 'okimono' (literally an object of display) a larger carving than netsuke, which found its best expression during the Meiji period 1868-1912.
Metalworkers started to produce highly decorative objects in the Western taste, such as boxes, table screens, incense burners, vases, chargers, Samurai warriors and animals, using complex alloys with gold and silver.

The frenzy to collect Japanese art started a trend known as Japonisme, in particular, the ukiyo-e woodblock prints inspired the Impressionist painters and the early Art Nouveau movement.

Artists like Paul Gaugin, Camille Pissarro, Edgar Degas, Monet, Vincent van Gogh, and Pierre Bonnard were influenced by the boldness of the colours, and the Japanese asymmetry and composition.

Many elements of Japanese aesthetics were adopted into European decorative arts, paintings, textiles and furniture. The Scottish architect and designer Charles Ronnie Mackintosh admired the simple forms and the use of natural materials. The iconic designer Christopher Dresser significantly contributed to the Anglo-Japanese movement in Britain, taking inspiration from Japanese designs and materials.

The appreciation for Japanese craftsmanship of the Meiji period continues to the present day with collectors and connoisseurs from all over the world who enjoy and care for these beautiful objects ensuring that they will be preserved for future generations.

Laura Bordignon is the author of “The Golden Age of Japanese Okimono” (Antique Collectors’ Club 2010) an essential reference work for collectors, connoisseurs, dealers and scholars alike. 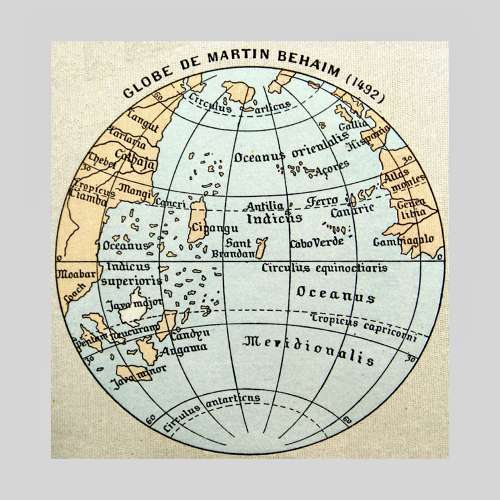 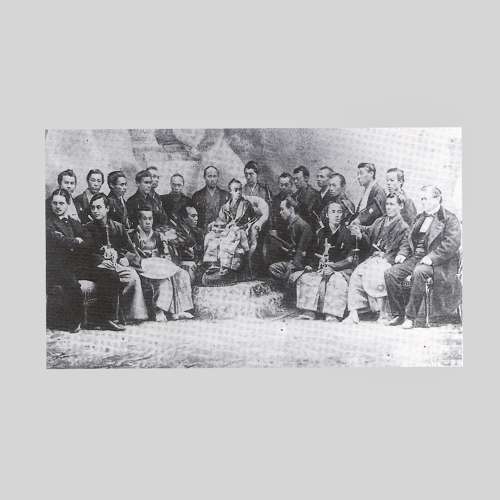 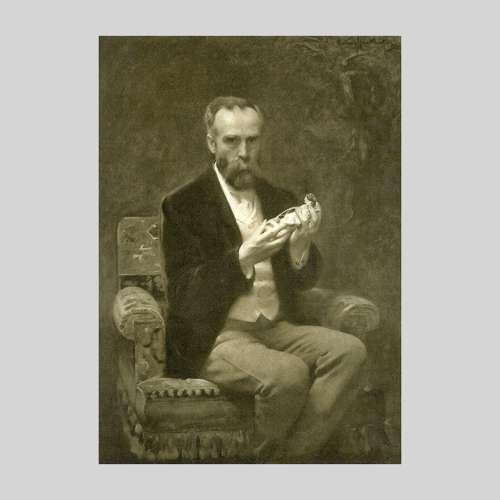 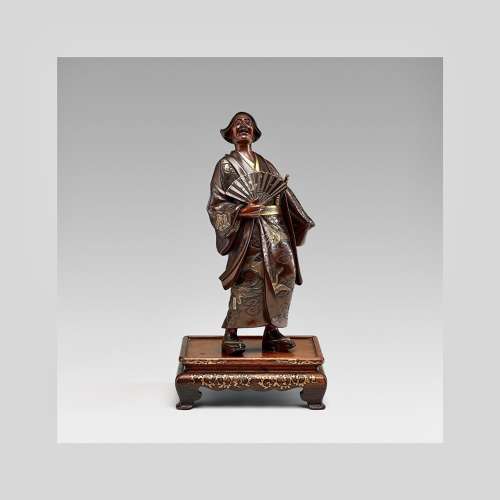 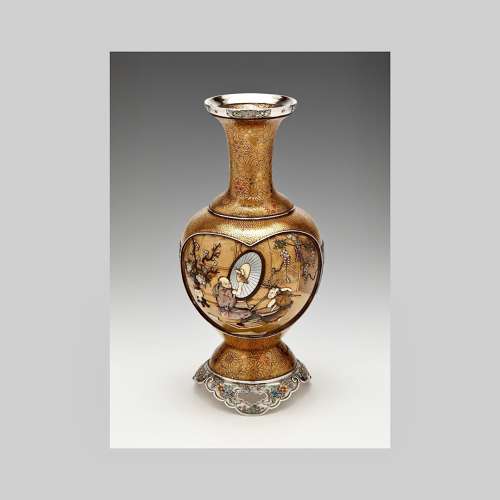