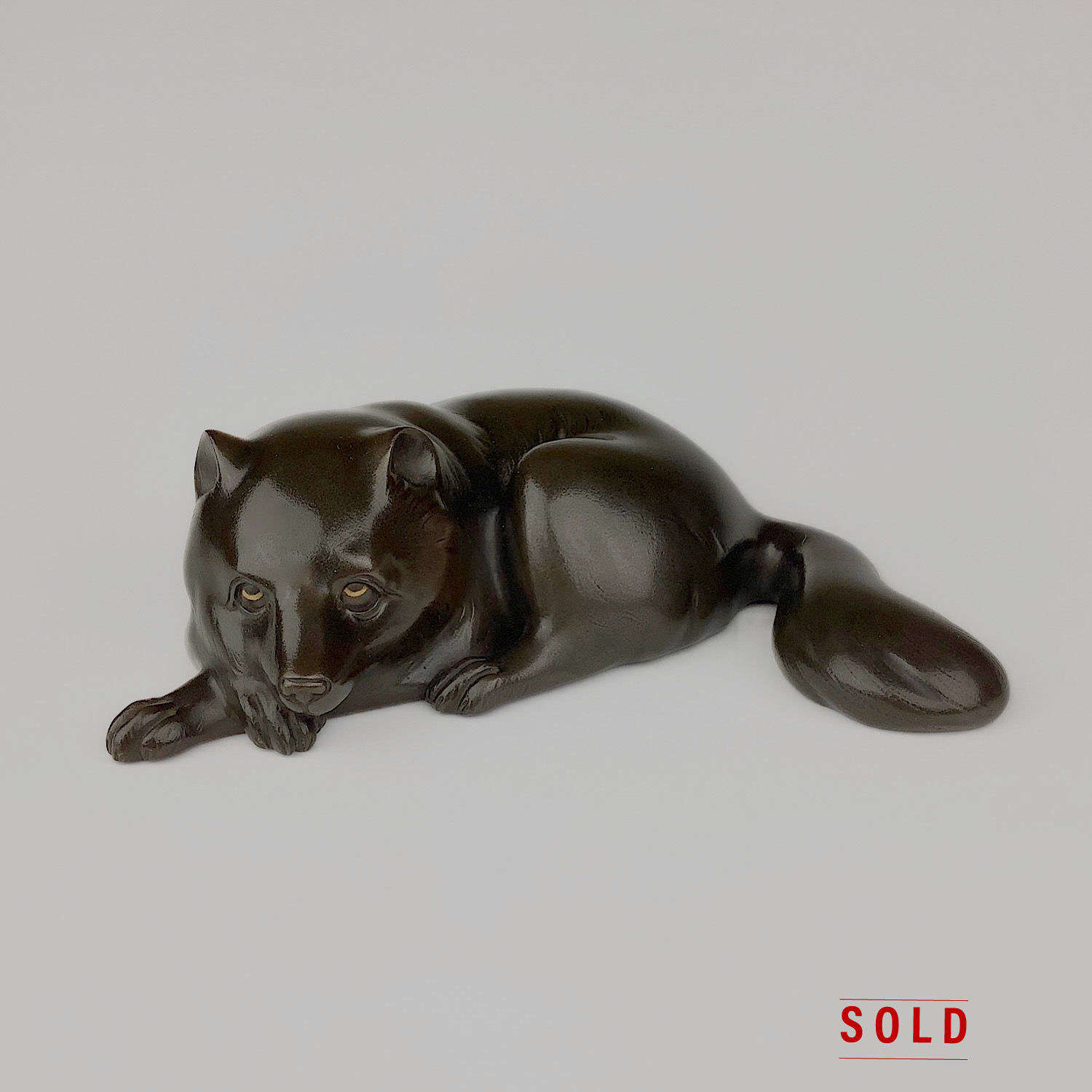 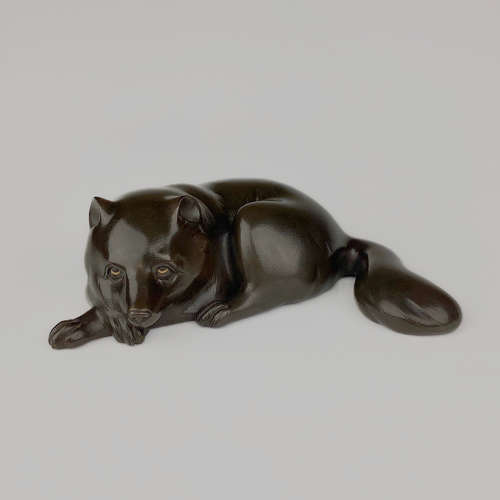 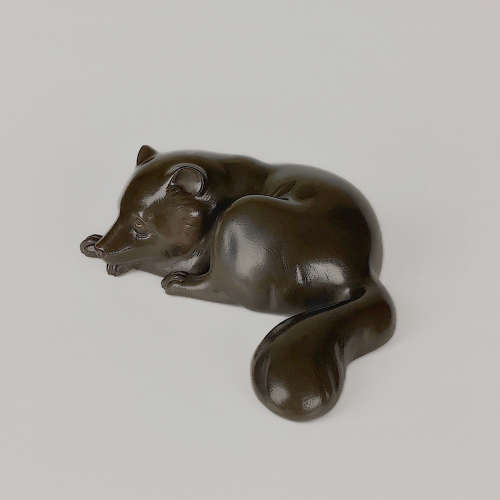 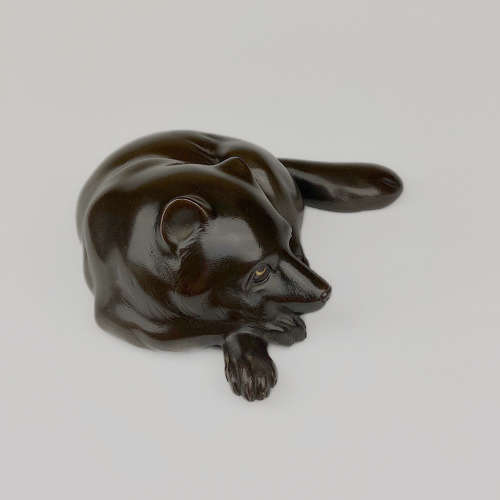 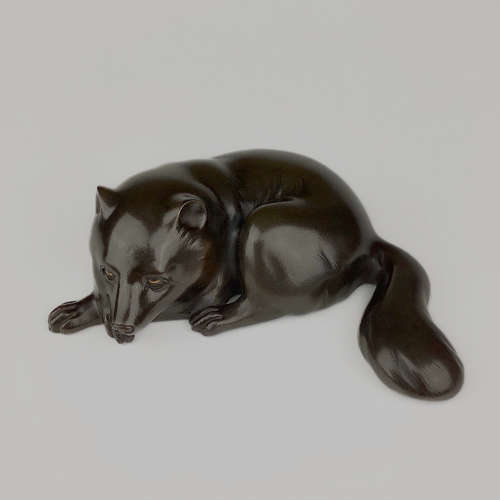 Japanese bronze Tanuki with its head resting on its front crossed paws signed with chiselled characters under the base Hideaki saku 秀明作, with a tomobako wood storage box, Meiji Period 1868-1912.

The Tanuki 狸 (Japanese raccoon dog) often features in Japanese tales.
The legendary animal has a mischievous nature and magical powers making it capable of shape shifting into human form or into objects. The Tanuki has a long tail, which it uses to wrap itself into a bundle and hide, or to baffle its enemies.