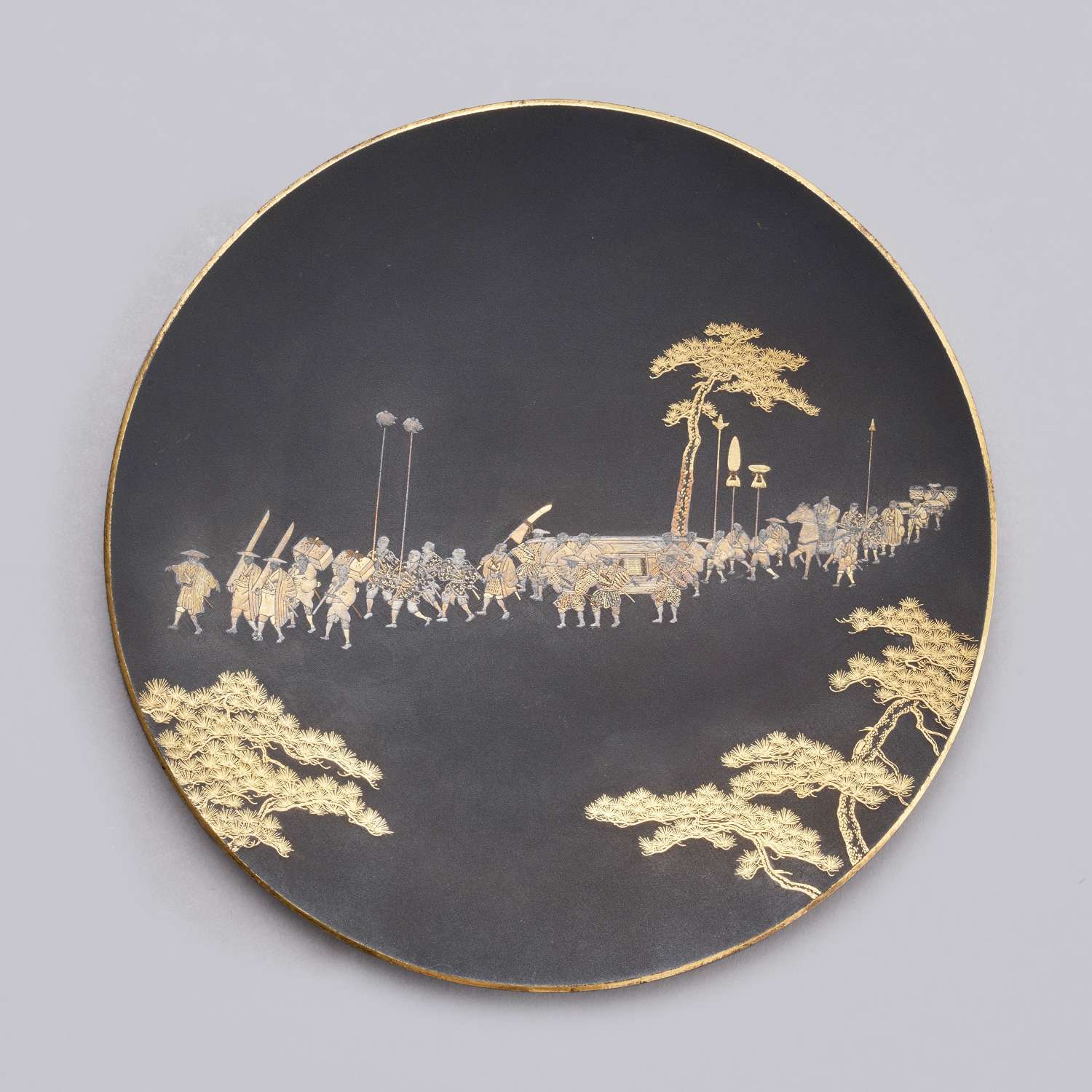 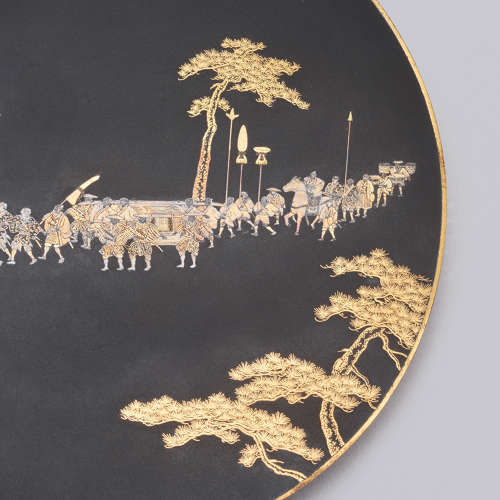 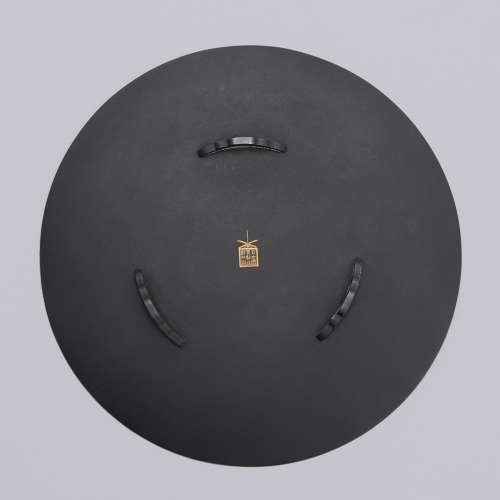 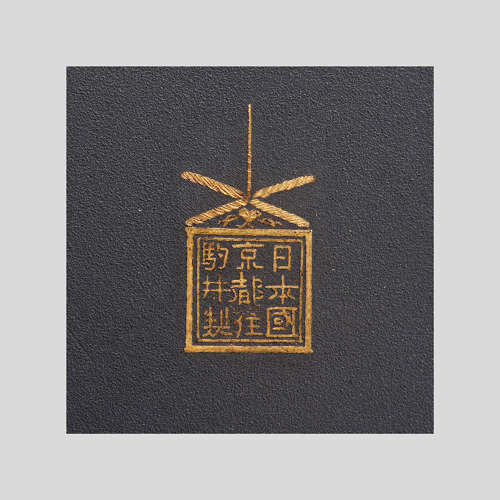 Japanese iron damascene dish worked in gold and silver nunomezogan on a plain matt black ground engraved with a procession of a Daimyo being carried in a palanquin among pine trees, signed Nihon koku Kyoto ju Komai sei 日本國京都住駒井製 (made by Komai, Kyoto-Japan) beneath the dragonfly mark, Meiji period 1868-1912.

The Komai Company in Kyoto was founded in 1841 by Komai Seibei.
Under the leadership of his son Komai Otojiro I 駒井音次郎 (1842-1917) the company became famous and produced the finest damascene objects (inlaid work of gold and silver on iron ware) in Western and traditional Japanese styles, and continued to make metalwork until 1941.