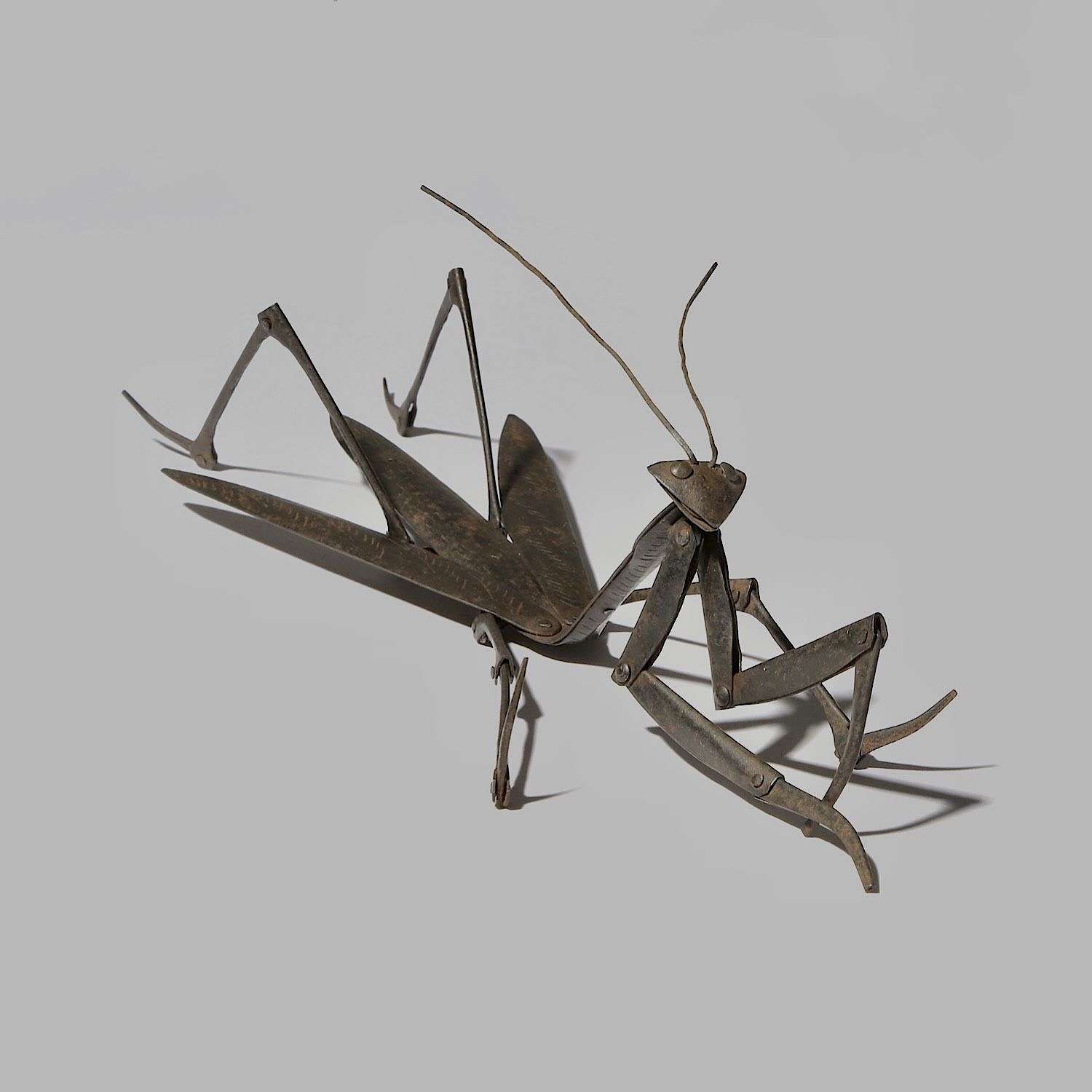 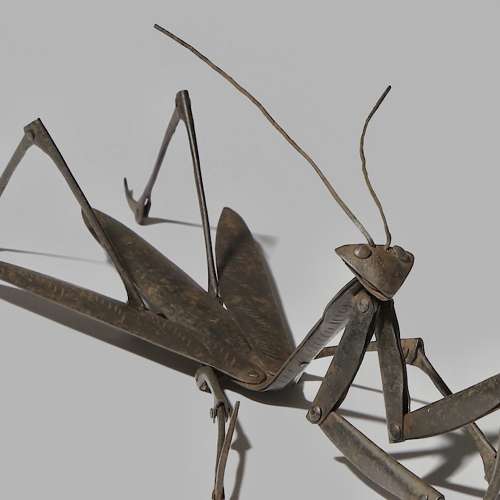 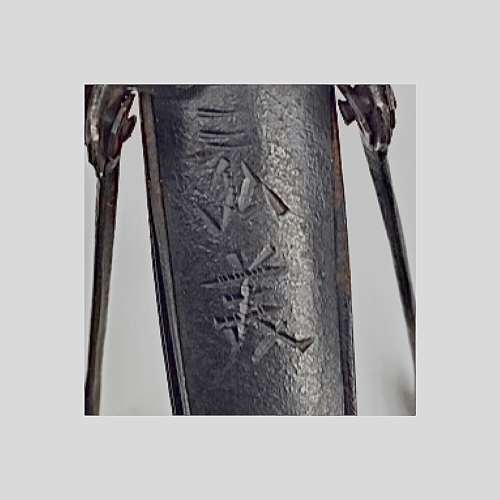 Jizai literally translates as 'moving freely object', are articulated animals with movable bodies, legs and antennas. They were first made during the Edo period (1615-1868) by armorers who crafted samurai armour, sword guards and equestrian equipment some say to advertise the craftsman's skill. When the wearing of the swords was prohibited in 1876 the metal smiths and armorers lost their jobs and started to produce them for the Western collectors during the Meiji era.