The artist Akasofu Gyōkō 赤祖父暁光 (given name Sotojirō) lived in Tokyo producing from his workshop cast metalwork sculptures.
His recorded figures of birds are hawks and eagles but he also produced large-scale models of samurai warriors. He was a member of the Tokyo Cast Metalworkers’ Association (Tōkyō Chōkinkay) active in the second half of the Meiji Era. 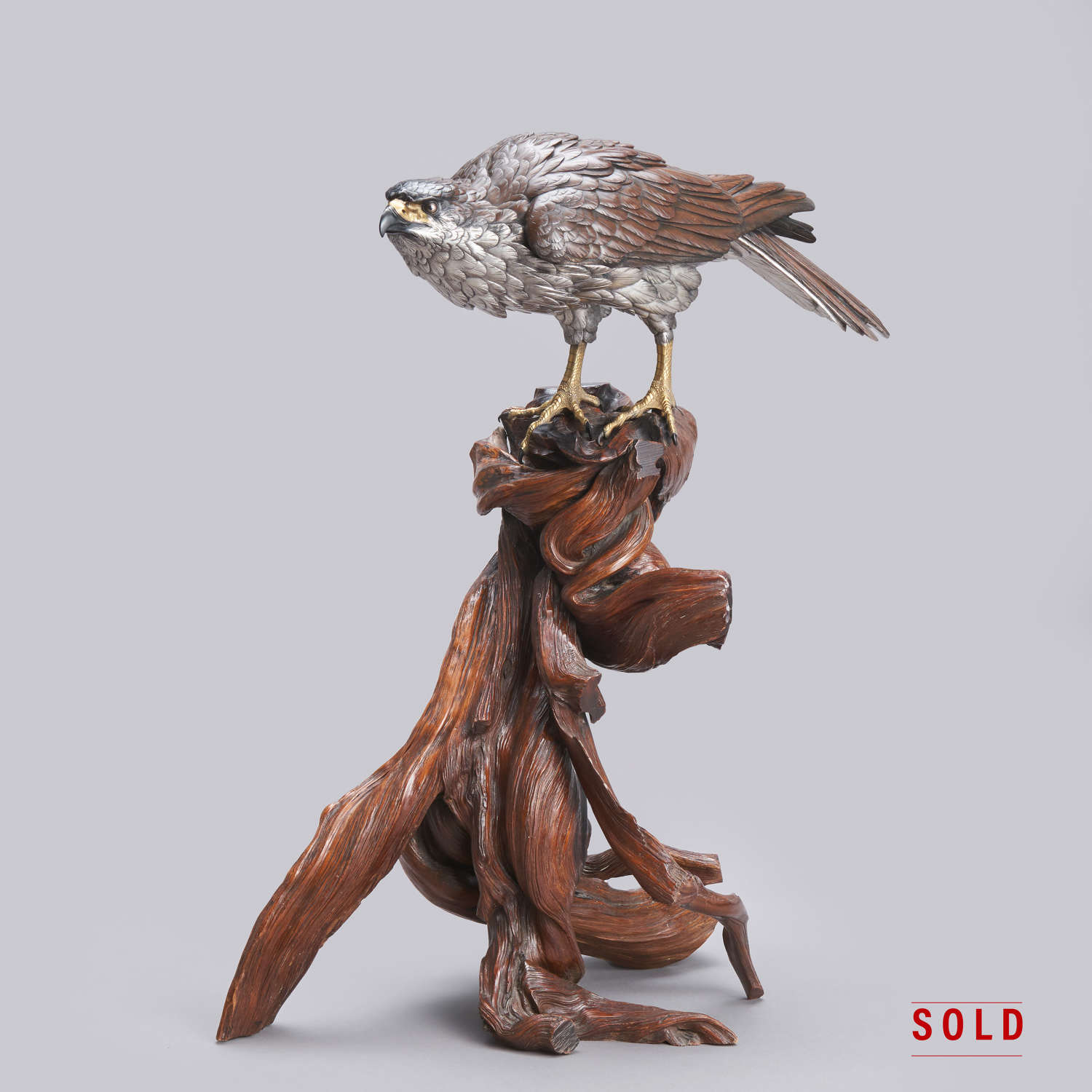 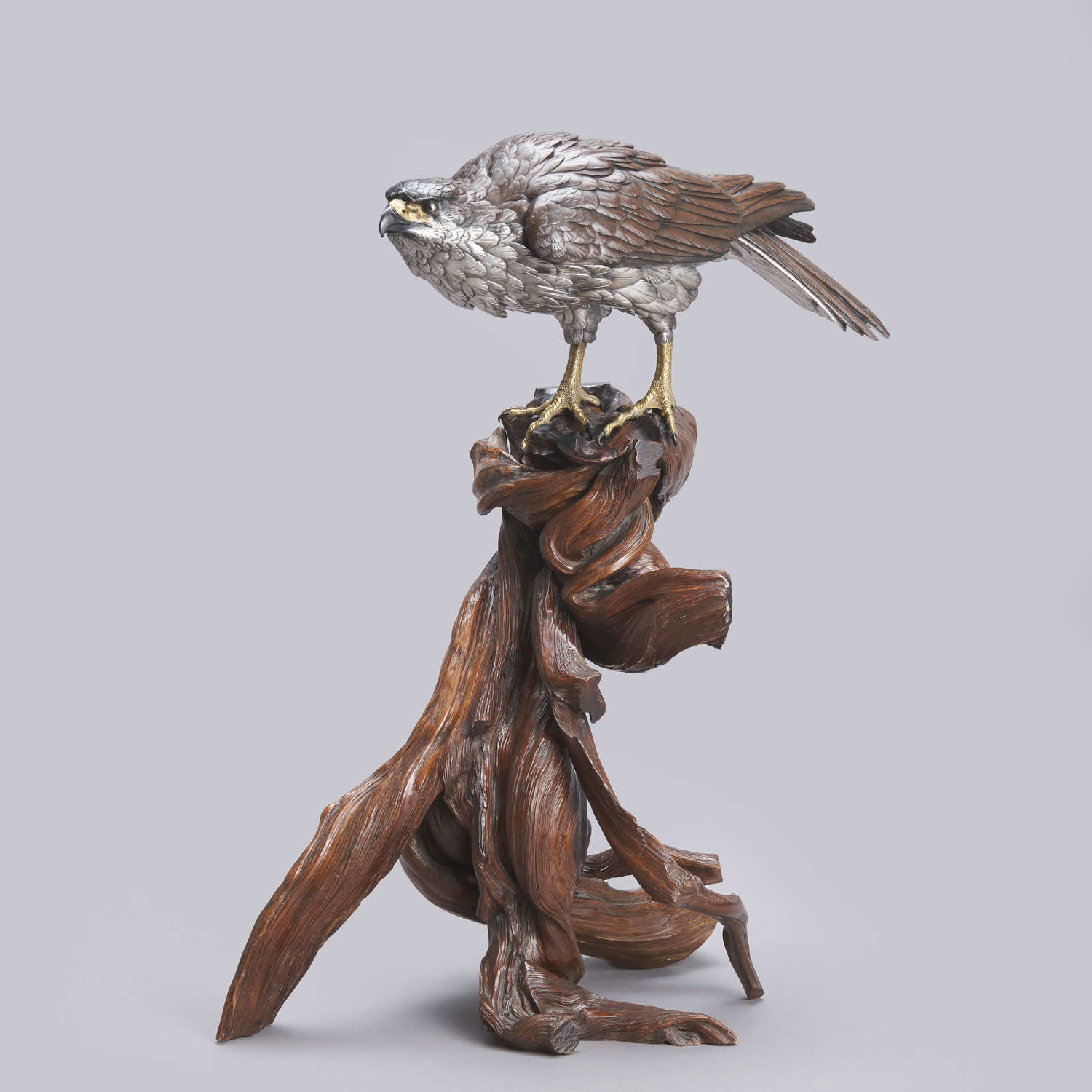 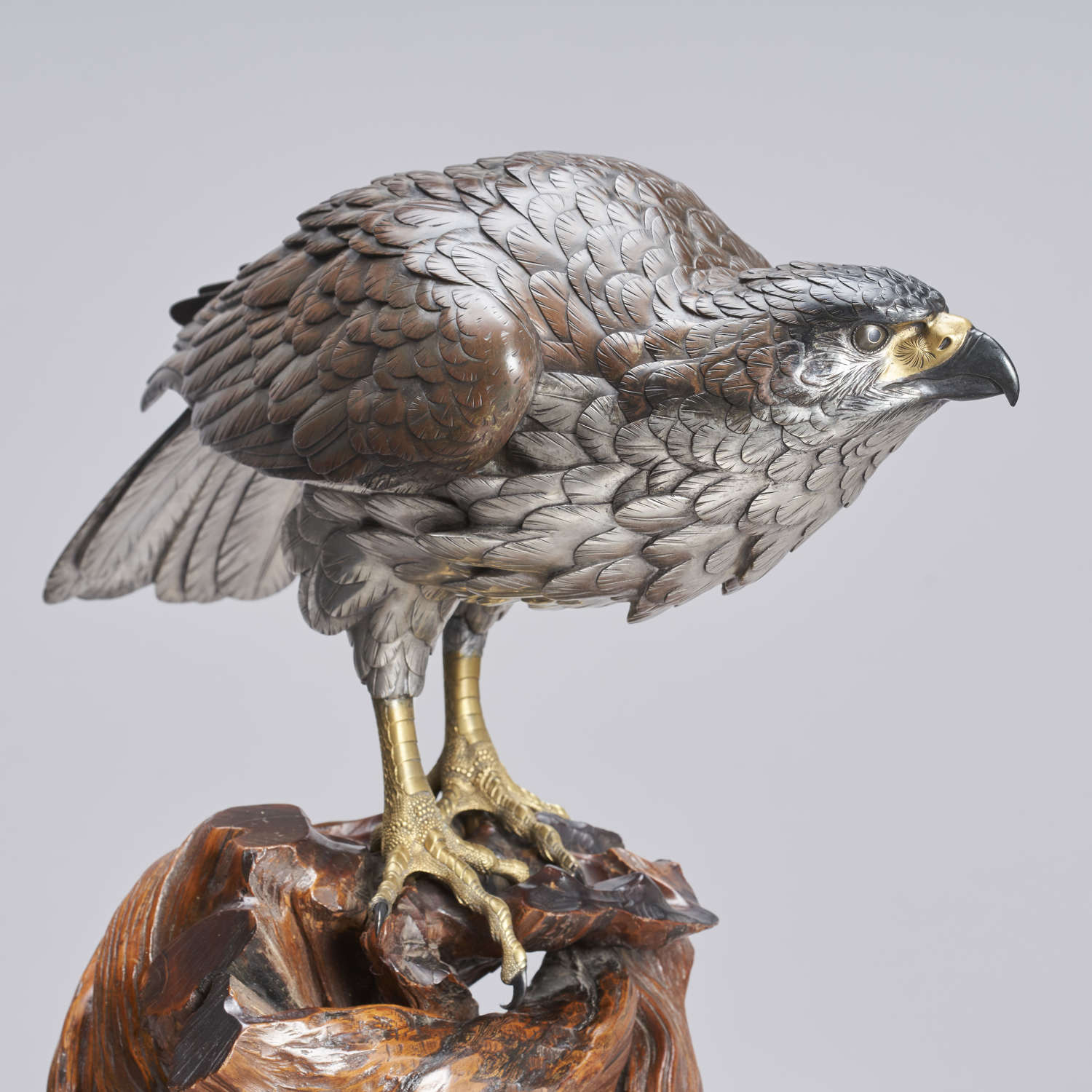 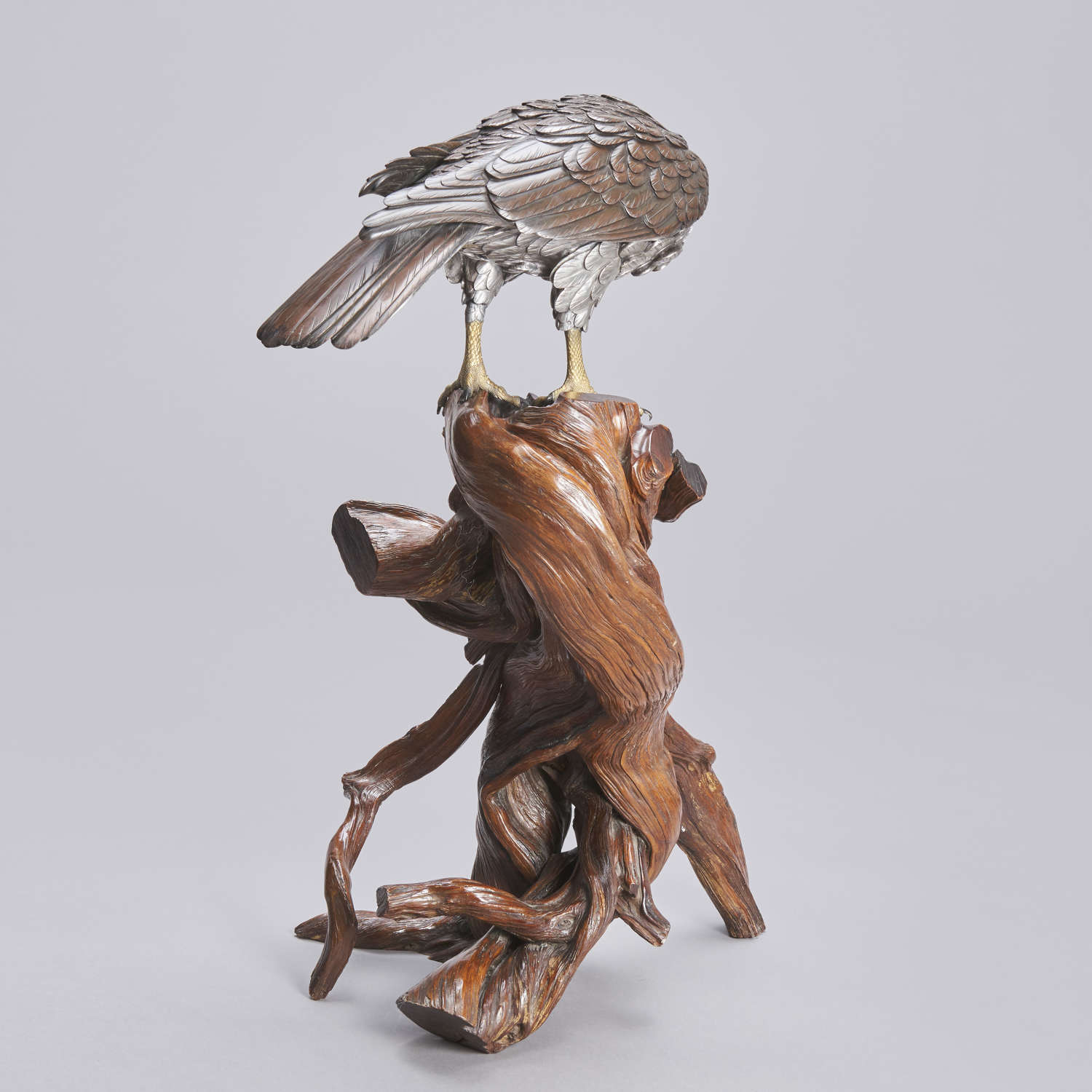 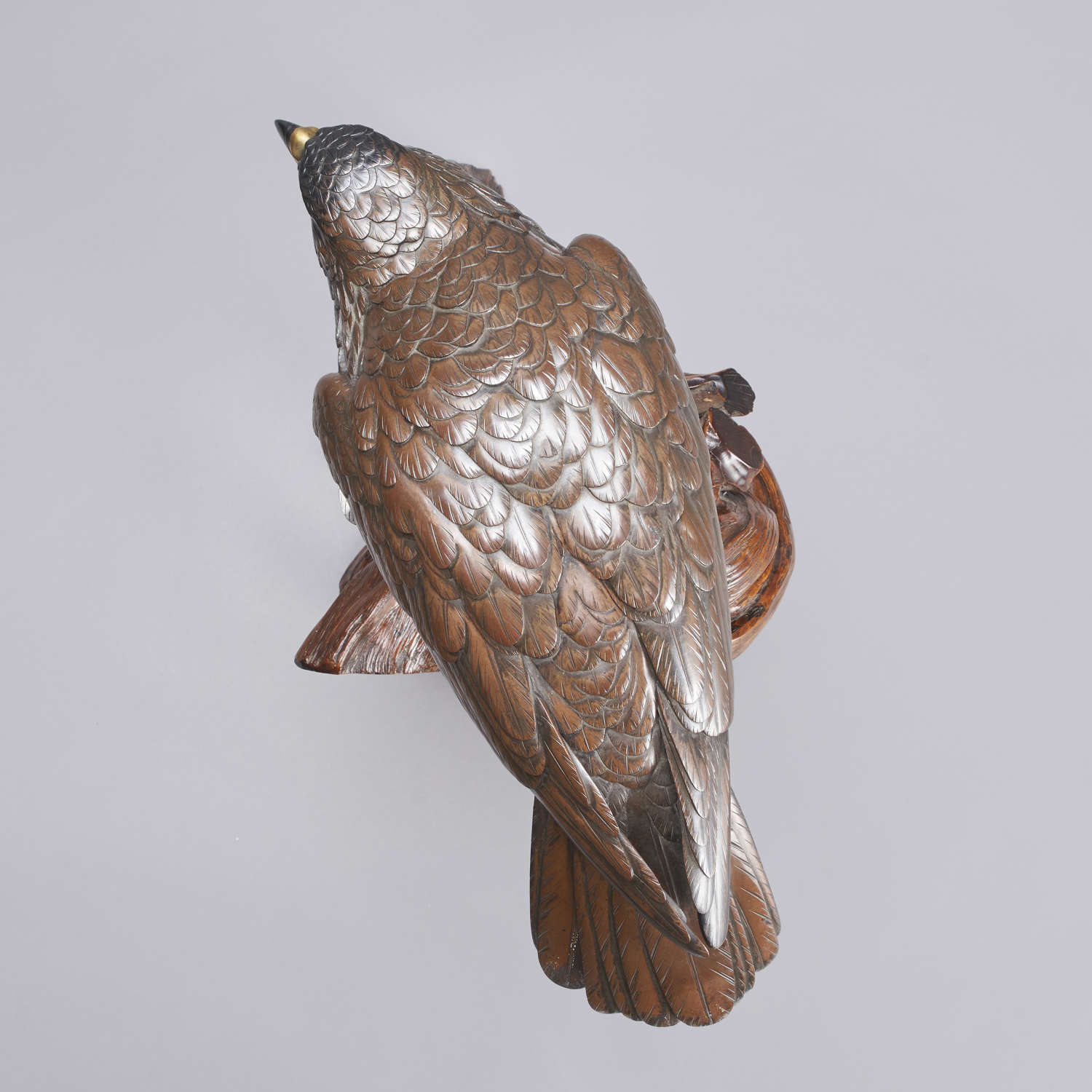 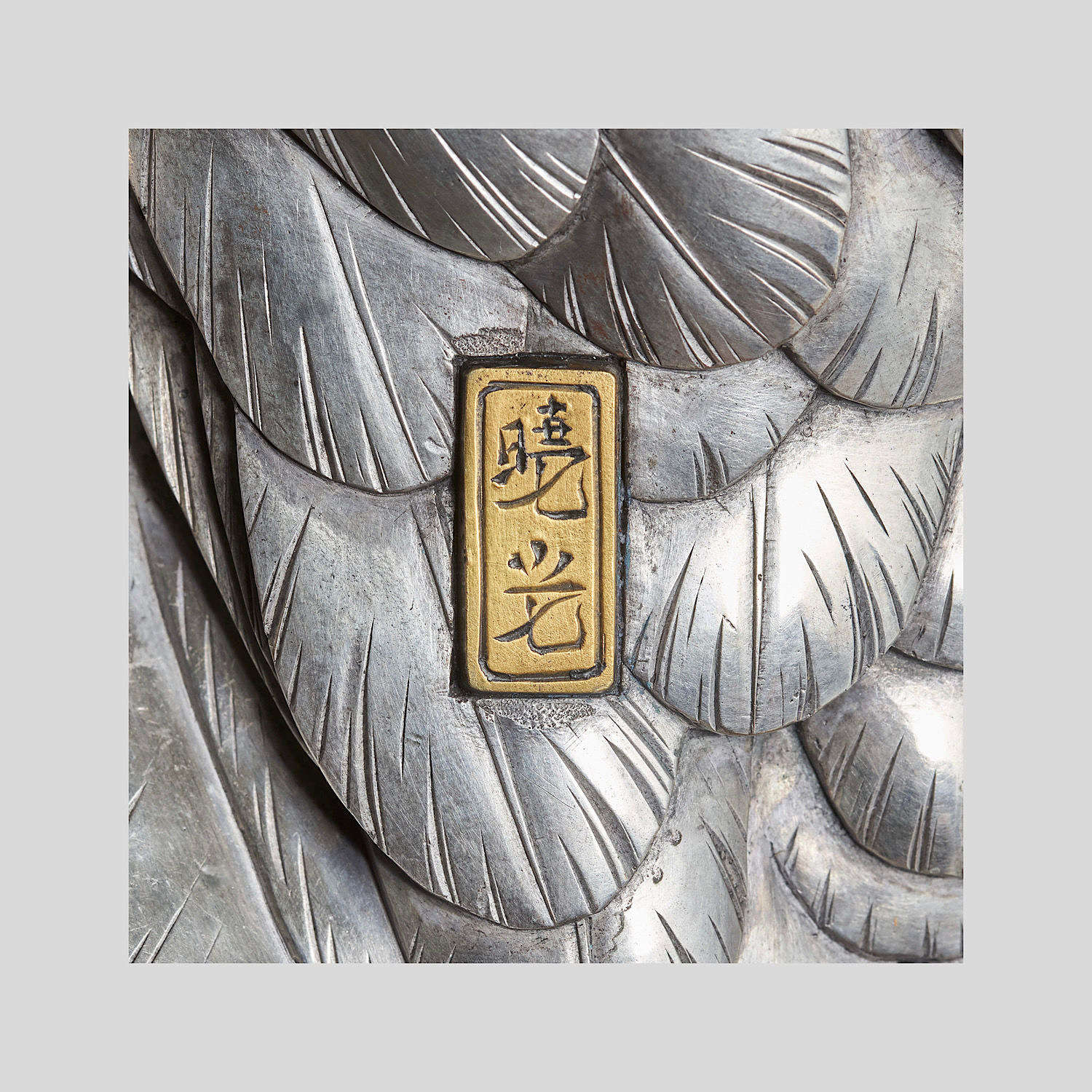